UI CONDOLES WITH THE ONOSODE FAMILY 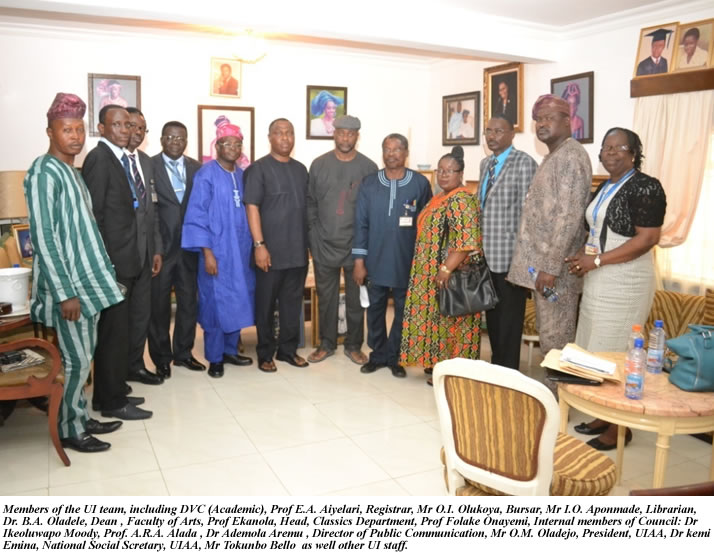 The death of the Iconic corporate mogul, Mr. Gamaliel Onosode has been described as a rude shock.

Prof. Adewole who was represented by the Deputy Vice-Chancellor (Academic), Prof. E.A. Aiyelari described the late sage as a rare gem and one of the finest gentlemen who ever lived. He appreciated the many contributions he made to the development of the University, both as an alumnus and Chairman of Council, stating that the University community will miss him sorely.

In response, the first son of the late sage, Mr. Ese Onosode, who receive the UI team on behalf of the family appreciated the team for the visit and for the honour which the University has continued to bestow on their late father, both in his life time and at death.

Mr. Onosode died in September 2015 after a brief illness.