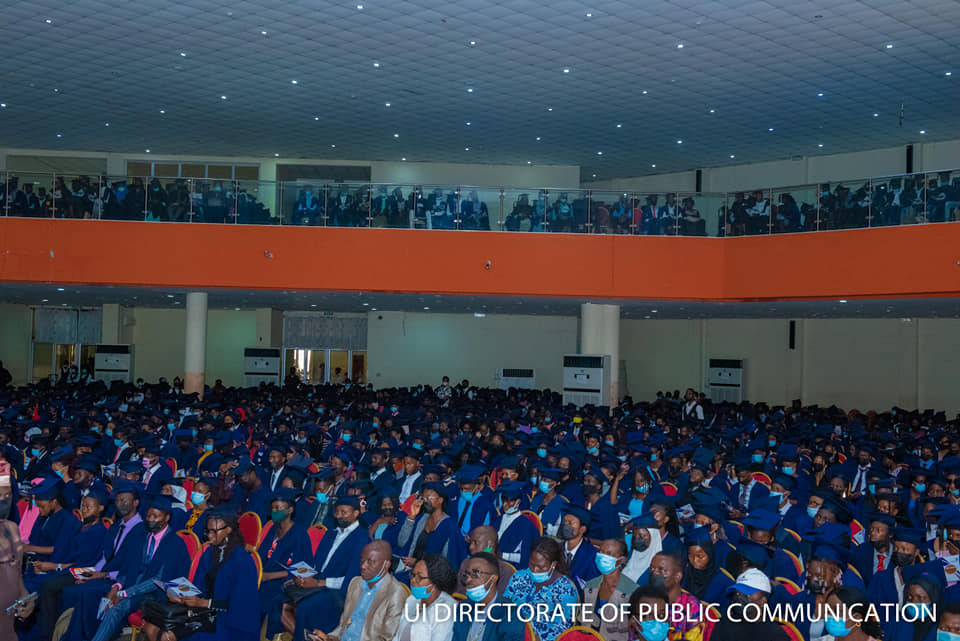 The Vice Chancellor (VC)of the University of Ibadan, Prof K. O. Adebowale mni, FAS, has expressed his delight and pride at the crop of products of the university has, who stand tall among their peers, and make waves in different spheres of life, not only in Nigeria but across the globe. Prof Adebowale affirmed that the university breeds intellectual giants, citing alumni such as Wole Soyinka, Chinua Achebe, S. Tunde Bajah, Adetowun Ogunsheye among so many others. He therefore advised matriculants to stand on the shoulders of these giants so that they could see farther. This advice was given while Prof Adebowale was delivering his address during the recently conducted 2021/2022 matriculation ceremony of the University. The VC, stating that the bar of the university is high and it is being raised significantly by each set of giants, admonish the matriculants to aspire to beat the standard that has been set or at least, maintain such standards. He noted that students of the university bring awards and laurels in their numbers while its graduates excel in their endeavours, lead in professional associations, as well as in Honours, distinction and fellowships and emerge as leaders of thought, leaders in business and charity, and the best of professionals, inventors and founders. The 13th Vice Chancellor of the prestigious University of Ibadan described explicitly, that standing on the shoulders of the giants is to share similar values with them such as values of hard work, honesty, respect for others, respect for the law and kindness, He added that spending time with the giants to learn at their feet (as the university is loaded with abundance of giants who walks at the corridor of the university as lecturers and instructors) and also reading their biographies and published works of those who have track record of success could make a giant out of the matriculants. In addition, the erudite Scholar advised the new students to abstain from whatever that could tarnish their image such as violence, examination malpractice, theft, occultism, gangsterism, internet fraudulent, ritual killings among others while advising them to study hard. He congratulated them for being among the best as only 4,255 candidates were admitted among the 63,791 who applied to the university. He admonished them to live up to the expectations of the university and promised to do everything possible to make the environment conducive for them to learn. While delivering the matriculation lecture titled 'charting your path diligently', the lecturer, Miss Ifeoluwa Olatayo, an alumna of the university and founder, Soupah Kitchen admonished the matriculants that the journey to excellence starts from the first day in the university. Sharing her own experience as an undergraduate in the university from the year 2008 through 2012, she stated that the matriculants need to know that they are in the university for a specific reason, and that is to achieve academic excellence. This she admonished, should be their primary objective. She reminded the students that many people have passed through their departments and counseled them to always seek help from such and never give up. In her words, she said 'learn to make acquaintance with your lecturers and senior colleagues because they are ahead of you and can direct and guide you through their own experiences to the right direction'. Olatayo said it is more important for the students to choose their network wisely and carefully so as to choose the best, as they can either help maximize their stay on campus or waste it. She advised them to engage in extra curriculum activities in the school, stating that such activities could could as well lead to a flourishing career, as is the case with her today. She however warned that such activities should be chosen wisely and with utmost care. The matriculation oath was administered by the Registrar, Mrs Olubunmi O. Faluyi on the students who solemnly but with great excitement, swore the oath.