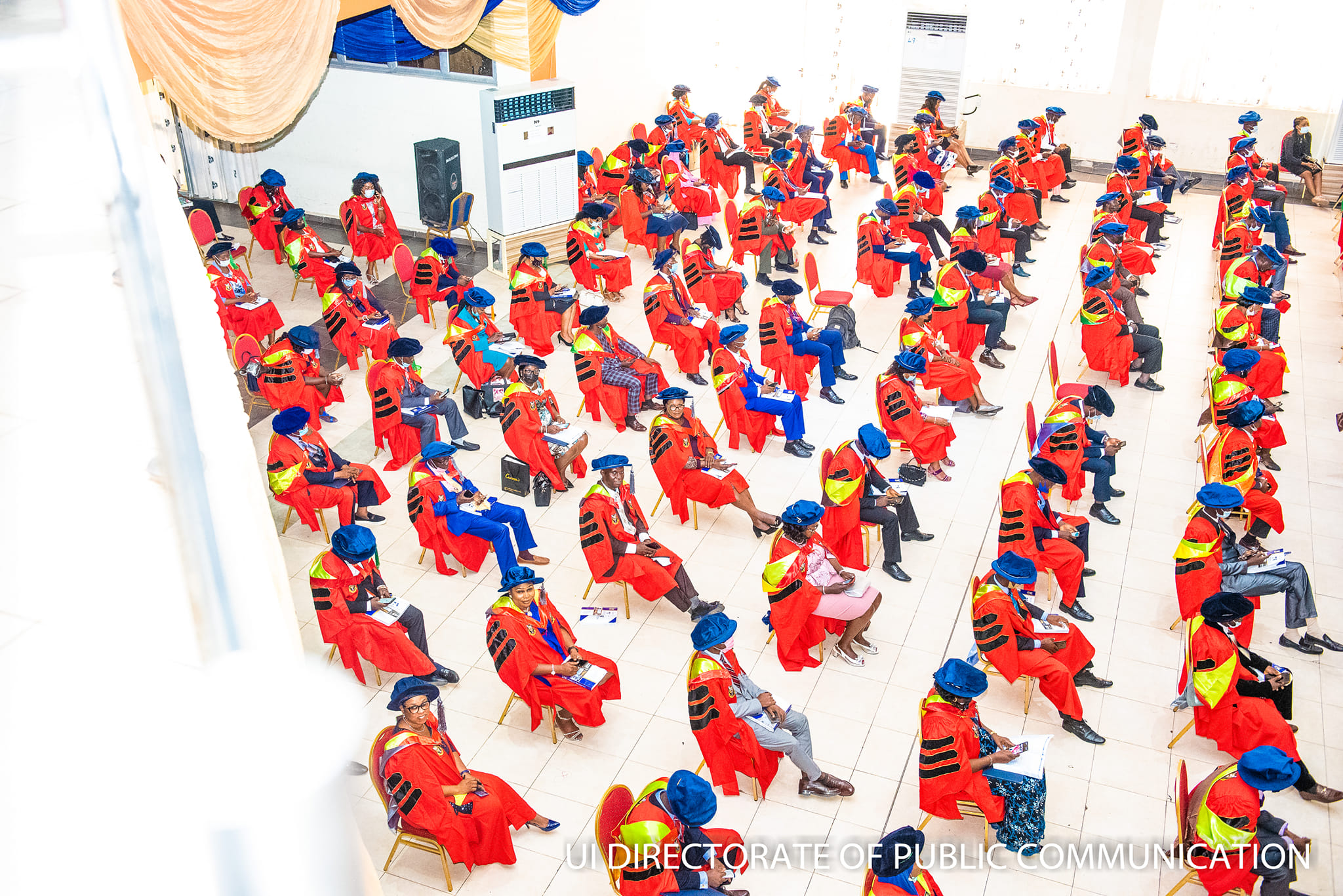 Four hundred and Eighty-one (481) candidates have been awarded the Doctor of Philosophy Degree as the University of Ibadan marked its 73rd Foundation Day Ceremony recently. The Vice-Chancellor, Prof. K. O. Adebowale, mni, FAS, while delivering his address at the event, congratulated the graduands for attaining such important milestone in their pursuit of higher education. He charged them to see themselves as philosophers, thinkers and solution providers, who would provide feasible and practical solutions to the complexities that the nation is currently grappling with. He reiterated the confidence of the University in them, that having successfully passed through the crucible of doctoral education in the University of Ibadan, the graduands have all it takes to be exemplary in word and in deed in the world out there, tasking them not to disappoint their alma mata. The newly emerged 13th Vice-Chancellor also appreciated the University community for their roles and support in restoring normalcy into the University of Ibadan. He particularly thanked the UI Governing Council, under the leadership of Chief John Odigie Oyegun, CON for successfully midwifing the emergence of a new management team in the University within a period of 3 months, himself inclusive. Others who spoke at the occasion including the Visitor, President Muhammadu Buhari, GCFR, ably represented by thee Deputy Executive Secretary, National University Commission, Mr. Chris, Jibreel Maiyaki and the Chancellor, His Eminence, Alhaji Muhammadu Sa’ad Abubakar III, CFR. mni, the Sultan of Sokoto also commended the new Governing Council of the University for restoring peace and normalcy to the University, and successfully appointing the 13th Vic e-Chancellor of the institution. The Visitor, in his address, reiterated the commitment of the Federal Government to strengthening other intervention measures in educational development and to the improvement of welfare of staff and students throughout the country. He urged the University to continue to protect and maintain its position as a leading University, not only in Nigeria, but in the whole sub-Saharan Africa. Appreciating the support of government in the education sector and the contributions of all members of the University of Ibadan community, the Chancellor and the Sultan of Sokoto in his address, expressed great pleasure for the return to normalcy of the affairs of the institution inspite of financial challenges, and the effect of the Covid-19 pandemic. The Sultan also applauded the discipline, hardwork and sheer determination demonstrated by all stakeholders in the University community. He congratulated graduands and admonished them to make major contributions in their chosen fields and in the society with the knowledge, skills and maturity they have acquired. On his part, the Pro-Chancellor, Chief John Odigie Oyegun, CON, appreciated all, and particularly, the University community, for their support in successfully implementing the daunting task placed before him and the new Governing Council, to appoint a new Vice-Chancellor on assumption of office. He acknowledged the contributions of the Federal Government to the University in spite of its dwindling national revenue. He however, called on government and well-wishers to support the University with infrastructural upgrade and replacement, given its urgent need for intervention. Chief Oyegun assured the University community of the commitment of the Governing Council to entrench good and acceptable policies that will accelerate the development of the University. He congratulated the graduands and commended their painstaking efforts which has yielded good results. The Governor of Oyo State, Engr. Seyi Makinde, represented by the Secretary to the State Government, Mrs, Olabamiwo Adeosun and the Olubadan of Ibadan, HRM Oba Saliu Adetunji, Aje Ogungunniso I, as well as Vice-Chancellor of other institutions present, also extended their goodwill to the University, congratulating them on their 73rd Foundation Day Ceremony.