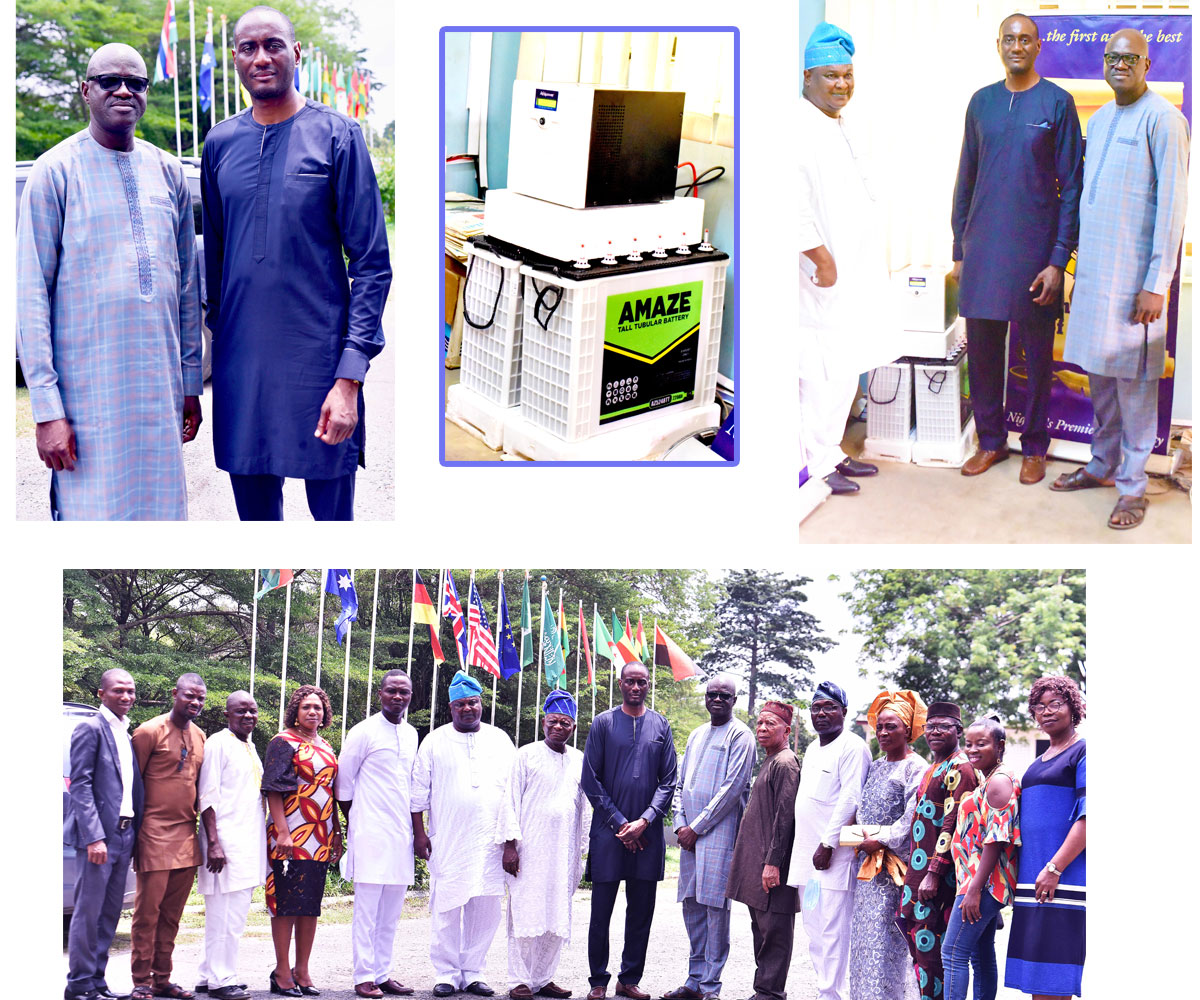 The Acting Vice Chancellor, Prof. Adebola Ekanola recently commissioned a 2.5 KVA Inverter donated to the University Advancement Centre by the family of Prof. Owodunni Teriba. Speaking at the event, the Acting Vice Chancellor, ably represented by the Director, University Advancement Centre, Mr. Adebowale Abel Adeosun, appreciated the gift of the 2.5 KVA Inverter (with two 220 Amps batteries and four solar panels) by the family of the late outstanding scholar, acknowledging that the gift, would no doubt, solve the electricity supply problem of the Centre and enhance its operational effectiveness. Mr. Adeosun noted that the family is doing a lot of philanthropic giving, having only recently endowed a sum of 4 million for the best graduating student and Faculty in the Department of Economics. He also acknowledged the contributions of Prof. O. Teriba in the field of Economics, having himself benefited from his books right from his secondary school days and knowing that many others also benefited and were likely to have been inspired to venture into the field of Economics by his works. Mr. Adeosun stated that the gift would be a major boost to the Centre, as it would ease off the challenge of poor electricity supply and impact the effectiveness of operations and activities at the Centre. The Director, University Advancement Centre thanked the son of the late sage, Mr. Muyiwa Teriba who donated the Inverter on behalf of the family and Mr. Adekunle Adeniji who facilitated the donation, urging the family to keep up the good work. He expressed the delight and interest of the University to make the relationship with the family an enduring one. The son of the late sage, Mr. Muyiwa Teriba, in response, appreciated the University for the opportunity to give, hoping that the gift would be beneficial to the Advancement Centre in furthering its course and maintain the prestige of the University. The highlight of the occasion was the commissioning of the Inverter by Mr. Olumuyiwa Teriba assisted by Mr. Adeosun and Prof. Ayodele Teriba. Present from the Teriba family were Mr. Muyiwa Teriba (son of the late scholar), Brigadier General Oduwole (a friend of the late scholar), Prof. Ayo Teriba and Mr. Raimi Teriba. Others were Ms Atoke Teriba, Mr. Oladayo Teriba, Mr. Kayode Teriba and Mr. Adekunle Adejuyi. In the company of Mr. Adeosun were the Assistant Chief Executive Officer, Mr. Jimoh Alfred, the Deputy Chief Communication Officer, Mrs. Mojirade O. Omisade, the Principal Network Administrator, Mrs. Onyebuchi C. Salako, the Senior Personal Secretary II, Mrs. Bridget U. Ogbulachi and the Supervisor (Office Assistant) Mr. S.T. Akpabio.