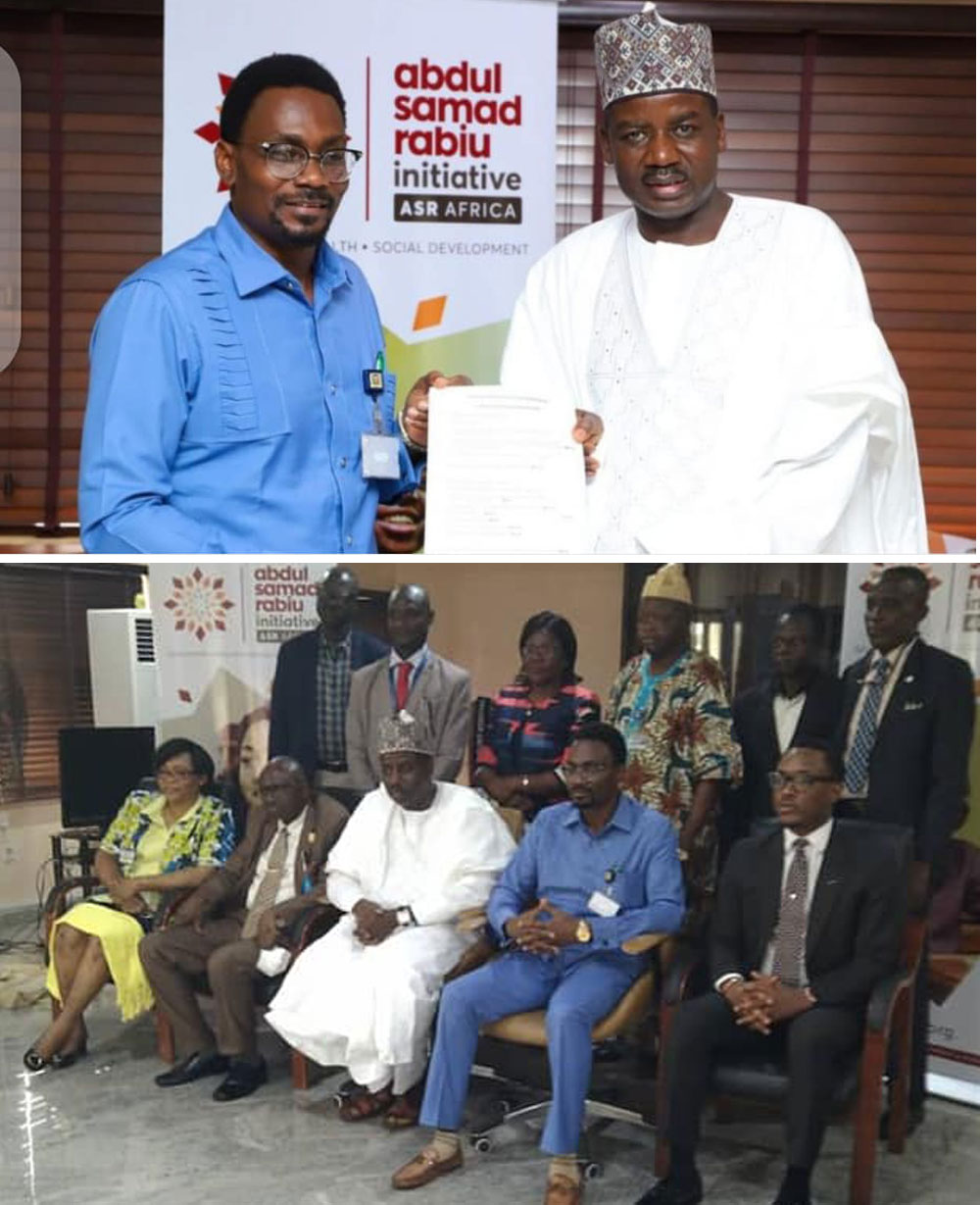 The Abdul Samad Rabiu Initiative (ASR AFRICA) has donated the sum of N1billion to the University of Ibadan. This donation was made during a courtesy call on the Acting Vice Chancellor by members of the initiative recently. Speaking during the visit, leader of the Team from ASR AFRICA, Dr. Aliyu Idi Hong stated that the Foundation was established by its Chairman, Alhaji Abdul Samad Rabiu, a business mogul and accomplished entrepreneur, as a way of giving back to his society. The initiative, in his words: “seeks to support sustainable development initiatives in Health, Education and social Development within Nigeria and the rest of Africa”. This, he stated, they do by providing an Annual continuous Grant of $100 million to Universities in Nigeria and the rest of Africa for intervention in the areas of Education, Health and Social development. According to Dr. Hong, out of the $100million grant to be given out, the initiative has allocated the sum of $50 million for Nigeria and $50 million for the rest of Africa. In Nigeria, six Universities, one from each geo-political zone, have benefitted from the fund to the tune of one billion naira each. They are, the Ahmadu Bello University, Zaria, University of Nigeria, Nsukka, University of Maiduguri, University of Benin and the University of Ilorin. Dr. Hong stated that the grant is intended to augment the resources of the selected Universities as well as intervene in their areas of need, in order to improve the quality of services they render. Emphasizing that the intervention is an annual event and not a one-off thing, he assured of more intervention in the areas of health and social development from which the University of Ibadan will benefit. Responding, the Acting Vice Chancellor, Prof. Adebola Ekanola, lauded the Chairman and other members of the ASR AFRICA Initiative for the kind and timely gesture towards the University of Ibadan and others and for their passion towards the development of Nigeria and the rest of Africa. He stated that the Grant will empower the University to be more efficient and effective in its activities, which include teaching, learning and research. He also affirmed that it will empower the University to train its students in ways that will make them globally competitive, in line with the vision of the UI to be a world-class institution for academic excellence geared towards meeting societal needs. According to Prof. Ekanola, the grant will also empower the Universities to be of better service to humanity, thereby impacting the society greatly. Visiting alongside Dr. Idi Hong of the ASP AFRICA Initiative was Mr. Otega Ogra, the Director Corporate Communication of the Initiative. Receiving the guests alongside the Acting Vice Chancellor were the Deputy Vice Chancellor (Administration), Prof. Kayode Ekanola, the Registrar, Mrs. Olubunmi O. Faluyi, the Acting Bursar, Mr. Abimbola Olayiwola Akanbi, the Librarian, Dr. Helen Komolafe-Opadeji, the Director, Directorate of Public Communication, Mr. O.M. Oladejo, the Deputy Registrar, Vice Chancellor’s Office, Mr. Oluwole Dada and the Director, University Advancement Centre, Mr. A.A. Adeosun.