UI HONOUR ITS OWN!! 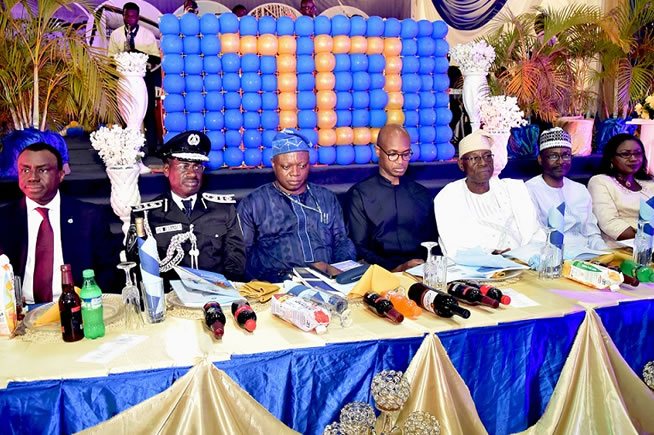 As it advances in age, one of the major things that the University continues to pride in is its alumni who continue to make their marks in various fields of endeavour, and contribute toward enhancing governance and boosting economics all around the world. In recognition of some of these distinguished UI ambassadors who continue to enhance the relevance of the University all over the world through their sterling contributions, the University as part of its 70th Anniversary commemoration, held the Night of Honour/Lifetime Achievement Awards on Friday 16 November, 2018 at the Trenchard Hall of the University. The Award Night which had Notable UI Alumni and other benefactors in attendance was a night filled with great euphoria, with the University sparing no expense in honoring its own. The occasion was chaired by the foremost Nigerian business man of repute and a major benefactor to the University, Otunba Subomi Balogun, who was represented at the occasion by his son, Mr. Ladi Balogun, the Managing Director of the First City Monument Bank (FCMB). Otunba Subomi Balogun in his lecture entitled “Higher Education and Philanthropy”, underscored the need for supporting higher education in Nigeria, stating that government funding was no longer sufficient to sustain the required quality for the Nigerian higher educational system. He encouraged UI Alumni and other benefactors to invest more in the prestigious institution in order to ensure its continual proper positioning to handle the challenges of tertiary education in Nigeria, especially considering the pivotal role the University is playing in nation building. The award which came in three categories of Worthy Ambassadors, Honorary Ambassadors Awards and the Life Time Achievements Award, recognized distinguished alumni who have made impacts in their chosen fields of endeavours and friends of the University whose association with the University has robbed off positively on the image and standing of the University in global knowledge economy. The excitement that characterized the Night was as palpable as the atmosphere was electrifying with most of the Awardees recounting, with nostalgia, fond memories of their time at the University. The Awardees include Captains of industries, seasoned University administrators, high ranking public officers and renowned scholars, many of who left with a resolve to do all within their capabilities to ensure the realization of the University vision of becoming a world-class institution for academic excellence geared towards meeting societal needs. The Special Guest of Honour at the occasion, His Excellency, Governor Gabriel Udom Emmanuel of Akwa Ibom State who was represented by his Commissioner for Works, Mr. Ephraim Inyangeyen, himself an alumnus and a Worthy Ambassador Awardee pledged to personally support the University in order to sustain its legacy of excellence. Speaking in his personal capacity as an alumnus, Mr. Ephraim Inyangeyen noted that the University helped to form and shape him in readiness for higher responsibilities. In his remark, the Vice Chancellor, Prof. A.I. Olayinka stated that UI alumni continue to exhibit the values of excellence and sound judgment which they inculcate from the University making UI an even bigger brand globally. He stated that UI is ever proud to show case its alumni and thereby decided to honour some of its own. He encouraged them to support the University in sustaining this brand as they build new generation of achievers. written by Mojirade Omisade Avancement Center UI