AT 85, PROF. AKINKUGBE WINDS DOWN, DONATES BOOKS TO UI 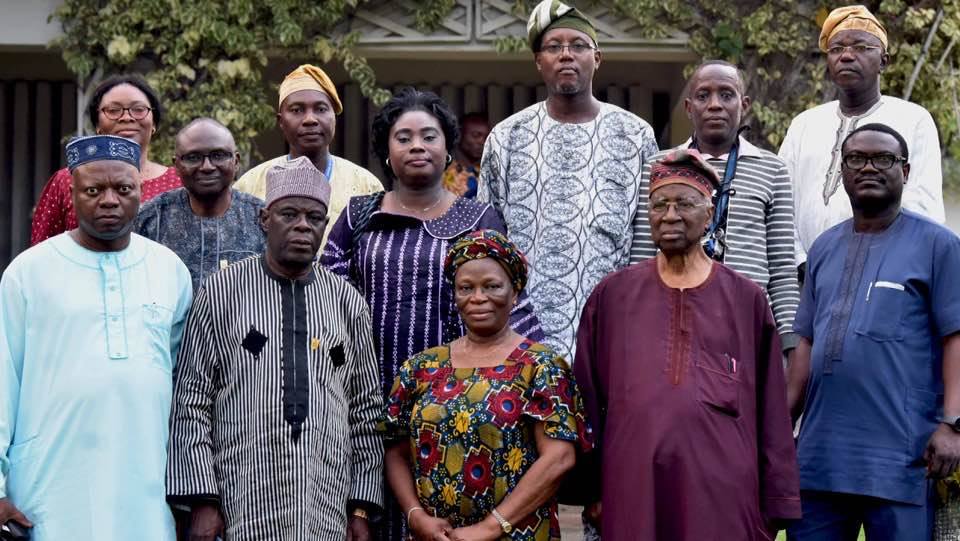 One of the oldest alumni of the University of Ibadan and a world renowned medical doctor, Emeritus Prof. Oladipo Olujimi Akinkugbe has announced his decision to hang his stethoscope, distribute his patients to various doctors and donate some of his valuable medical books to his alma mater on the occasion of his 85 birthday. Prof. Akinkugbe while hosting the UI Pro Chancellor and Chairman of Council, Nde Waklek Joshua Mutka and the University's Management team in his house observed that God has been so gracious to him with the gift of life, blessings and protection throughout all the vagaries of life, hence his decision to wind down at 85. Paying glowing tribute to UI, Prof. Akinkugbe noted that the institution has ever been great from the beginning "with the quality of its products who have been making impacts all over the world", urging the Management team to maintain the enviable record. The Emeritus Professor who conducted his visitors round his personal library hinted that he was going to donate some his books to the university as part of his benefactions to the institution which made him. Earlier, the Council Chairman had expressed delight meeting one of the icons of the university who has contributed greatly to the practice of medicine worldwide. Nde Mutka thanked Prof. Akinkugbe for his continual and consistent support for UI , saying the wise counsel of people like Prof. Akinkugbe would keep the University going. The UI Vice Chancellor, Prof. Abel Idowu Olayinka in his response commended Prof. Akinkugbe for his fatherly advice at every time the Management sought his intervention in difficult circumstances. Professor Akinkugbe was born in Ondo State in South Western Nigeria on 17th July, 1933. He attended Government College, Ibadan where he established himself as an undisputed leader in the science subjects, conceding English and literature to Wole Soyinka and Christopher Kolade. After a brilliant secondary school career, he took entrance examination and gained admission into the University College Ibadan in 1951, to begin his study of medicine proving himself, once again as a serious student, balancing academics with social and extra curricular activities. After passing his 2nd MB examination in 1955, he was posted to University of London [the Royal London Hospital] for his clinical studies, where in 1958, he obtained his MBBS of London without any skirmishes. After completing a six months internship at the London Hospital, Professor Akinkugbe then embarked on numerous short programmes in different institutions, expanding his knowledge and experience, and obtaining a diploma in Tropical Medicine and Hygiene from the University of Liverpool in 1960. Being a western region government scholar, Professor Akinkugbe came back to Nigeria in 1961 and took appointment with Government Specialist Hospital, Adeoyo, Ibadan. But later that year he went back to England to do his Dphil. programme in Oxford. On successful completion, he returned to Nigeria to take up lectureship at the Department of Medicine University of Ibadan in January 1965. Thus began Professor Akinkugbe’s brilliant academic career during which he became Professor of Medicine in 1968, Dean Medicine 1970 – 74 and Head of Medicine 1972. He expressed special interest in Hypertension and Kidney diseases, and he has made tremendous contributions in these areas. written by Sunday Saanu University of Ibadan