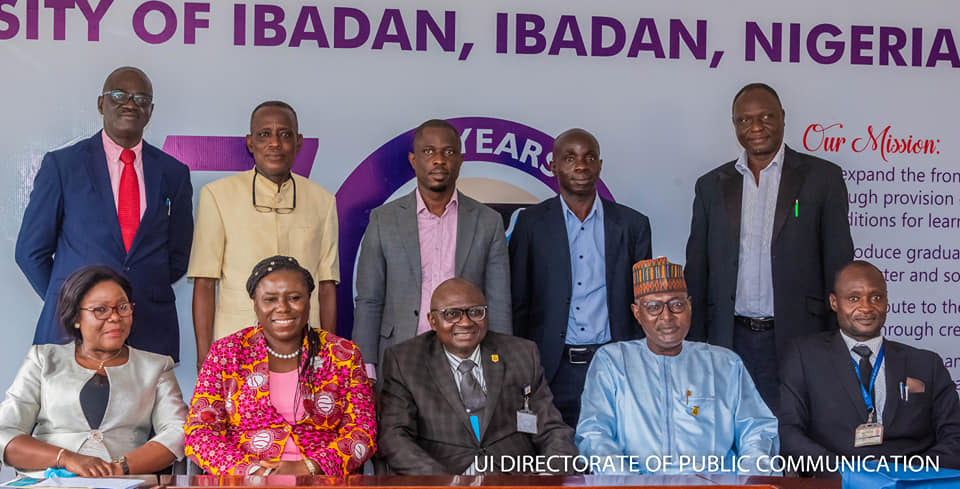 The pre-eminence of the University of Ibadan as a leading tertiary institution in teaching and research has again come to the fore with the visit of the Director-General, Directorate of Technical Cooperation in Africa, Ministry of External Affairs, Ambassador Rabiu Dagara to the University. Ambassador Dagara was in the University of Ibadan to explore ways and means of cooperation with the University in line with the mandate and responsibilities of his Directorate. According to Ambassador Dagara, the University of Ibadan had always taken the lead in many activities since his days as a student at the Ahmadu Bello University, Zaria, and was not therefore surprised that the institution was considered the best to host the Pan African University of Life and Earth Science Institute. The Director-General disclosed that his Directorate was coming up with many innovations in its bid to fulfill its mandate of integration and cooperation through the acquisition and transfer of technology throughout Africa. He announced that the Directorate ‘s main focus at present was Agriculture noting that its efforts are now directed at midwifing a meaningful relationship between Research Institutes and the end-users especially the state governments. Ambassador Dagara explained that he was interested in the Pan African University of Life and Earth Science Institute because of its involvement in Research initiatives. He lamented that despite the fact that majority of Nigerians are farmers, the output from the Agricultural sector remains insignificant even in the face of the humongous fund being ploughed into Agricultural Extension Services. In his assessment of the state of tertiary education in Nigeria today, the Director-General looked back at his days at the Ahmmadu Bello University, Zaria and could only pray that God would bring back the glorious past. While enumerating some of the issues confronting contemporary Nigeria tertiary education system, Ambassador Dagara noted as key, lack of adequate funding in the face of student population increase and decaying infrastructure. Responding, the Acting Vice-Chancellor, University of Ibadan, Professor Adebola Babatunde Ekanola corroborated Ambassador Dagara’s observation on the state of Universities in Nigeria today. He shared the view that poor funding remains the bane of tertiary education in Nigeria today saying that the deregulation of the sector by government has not helped in anyway. According to him, the influx of private Universities has not solved the problem occasioned by access, cost and quality. He added that the weak financial base of public Universities which was partly as a result of the federal government’s ban on tuition fees at the undergraduate level has forced managements of these institutions to seek support from everywhere. On agriculture, Professor Ekanola insisted that for Africa to get the best from Agriculture, science, technology and innovation must be employed. The Director-General, Directorate of Technical Cooperation in Africa, Ministry of External Affairs, was led to the Vice-Chancellor’s Office by the Director, Pan African University of Life and Earth Science Institute, Professor Esther Titilayo Akinyemi and her team and were received by the Deputy Vice-Chancellor (Administration), Professor Kayode Adebowale who stood in for the Acting Vice-Chancellor, Professor Adebola Babatunde Ekanola. Also present to receive the Director-General was the Registrar who was represented by the Deputy Registrar, Office of the Vice-Chancellor, Mr. Oluwole Dada, the University Librarian, Dr. Helen Komolafe-Opadeji, and the Director, University Advancement Centre, Mr. Adebowale A. Adeosun.